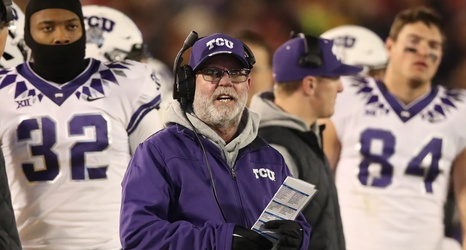 As you’ve probably heard by now, Jerry Kill is returning to Minnesota. Now that he is the head coach at New Mexico State, returning to the head coaching ranks six years after his abrupt retirement, he’ll be stopping by Huntington Bank Stadium for a visit on Thursday, Sept. 1.

And for some reason, Jerry is certain he’ll get booed.

“I’ll get booed out of the stadium, probably,” he said at his introductory press conference when asked about the Aggies’ season opener against the Gophers. Kill also admitted to having “a little chip on my shoulder,” wanting to prove wrong those who “counted the old man out.