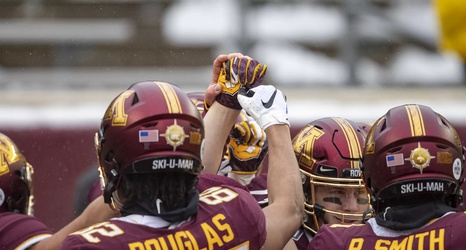 This may sound bizarre coming from a fan of the Minnesota Golden Gophers, but I’m also a fan of the Cleveland Indians. I was born and raised in Iowa, so I was something of a free agent when it came to declaring sports team allegiances. Gopher football and Indians baseball were the two teams I gravitated toward most when I was growing up, for different reasons.

If you follow Major League Baseball at all, you know that the Indians made the World Series in 2016. They lost that World Series to the Chicago Cubs, and I’d be lying if I said I wasn’t crushed.