Minnesota Football: The Case for (or Against) Mitch Leidner 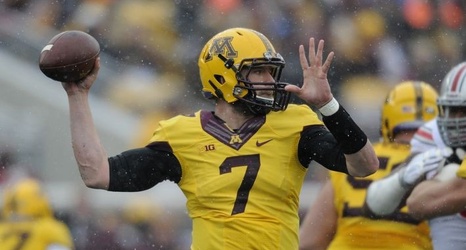 Fans are split down the middle when it comes to the man under center. What can we expect from Mitch Leidner in his second season as the starting quarterback?

The news that heralded quarterback recruit Demry Croft has impressed the coaching staff thus far in preseason camp and the suggestion that he could overtake Chris Streveler as No. 2 on the depth chart has opened the floodgates for certain fans to campaign for the Gophers to end the Mitch Leidner experiment and hand the reins over Croft.

Yes, there are actual fans suggesting we bench our redshirt junior quarterback and start a true freshman against the No.