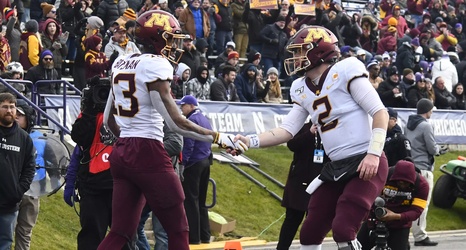 Minnesota Golden Gophers quarterback Tanner Morgan and wide receiver Rashod Bateman have both been named to the Maxwell Award watch list. The award is presented annually to the college football player judged by a panel of sportscasters, sportswriters, and National Collegiate Athletic Association head coaches and the membership of the Maxwell Football Club to be the best all-around college football player in the United States.

Morgan is coming off a redshirt sophomore season in which he broke the single-season school records for passing yards (3,253) and passing touchdowns (30). He was also named to the Davey O’Brien Award watch list earlier this month, which is the nation’s oldest and most prestigious national college football quarterback award presented annually.