HE’S BACK!! Gable Steveson to return for his senior season! 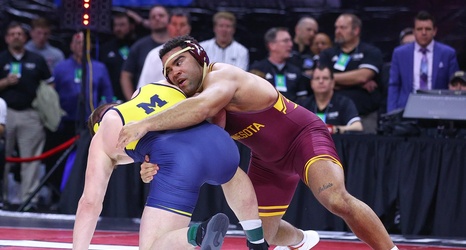 That sound you heard was the state of Minnesota celebrating and the state of Iowa sobbing earlier Thursday as Minnesota Gophers NCAA and Olympic Champion Gable Steveson announced simultaneously that he was both signing with the WWE and would return for his senior season with the Gophers to defend his NCAA Championship. Steveson signed a first of it’s kind NIL deal with the WWE that will allow him to receive benefits and training from the WWE while remaining eligible to compete for the Gophers this season and defend his NCAA Heavyweight Championships next spring.

Steveson who is coming off of a summer where he shocked the top ranked wrestlers in the world to win the Olympic gold medal in the 125kg freestyle event had tons of potential options for his future.