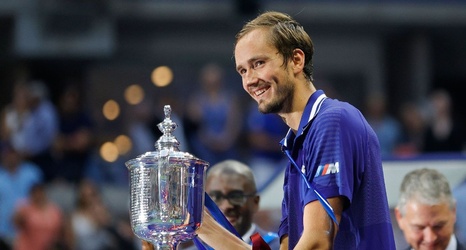 NEW YORK -- A game from the end of his bid for what would have been the first calendar-year Grand Slam in men's tennis since 1969, Novak Djokovic covered his face with a towel, hiding his tears during a changeover.