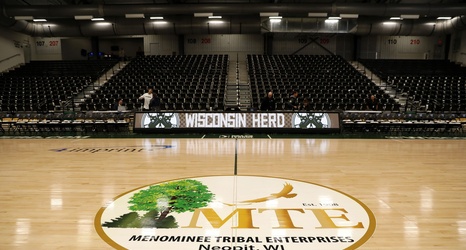 After a lengthy layoff following an undefeated road trip, the Wisconsin Herd kept up their winning ways and collected their eighth straight victory Friday night with a 133-115 win over the Erie BayHawks at Menominee Nation Arena.

The Herd were off and running once play tipped off and they reached double digits a little over two minutes into the contest. Erie shook off their early rust and made a run towards the latter stages of the first quarter, but the Herd managed to even things up at 29 at the end of one.

It didn’t take long for the Herd to regain full control of the game into the second quarter as they took a double-digit lead over the BayHawks nearly four minutes into the period.