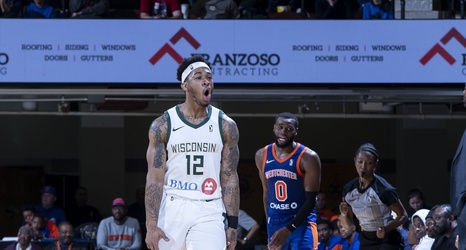 Racking up their sixth straight victory, the Wisconsin Herd continued to write a perfect road trip as they defeated the Westchester Knicks in a 112-106 victory Friday night.

The Herd got their night started off on the right note to grab control of the contest early on following the opening tip. That eventually grew into a double-digit lead and the Herd were able to maintain such an advantage by holding a 31-19 edge at the end of one.

Westchester shrugged off their first quarter woes and started to come alive during the second quarter by first erasing their double-digit hole.