The Court Is Now A Hot Spot For The Bucks 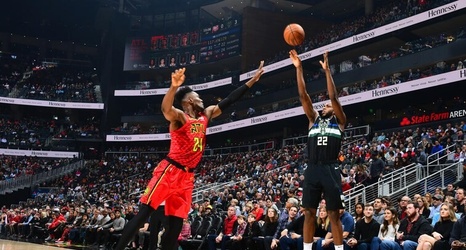 The Bucks were down by two late in the first quarter against the Warriors when Pat Connaughton received the ball on the left wing, faked the three, went to the hoop, and dunked near a few Warriors who decided better of the situation.

That tied the game and the Bucks never trailed the rest of the way.

Over the past season and a half, the Bucks have eschewed shots from relatively low-percentage places on the court in favor of threes and shots at the rim, and no one on the team represents this philosophy more intensely than Connaughton, who has not a made a shot outside of eight feet this season excluding three-pointers, instead specializing where he — like anyone — provides the most value, which is to say on threes and dunks.