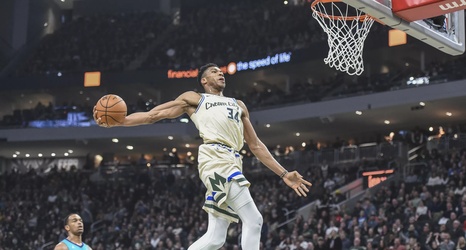 In a back-to-back following their outing in Cleveland last night, the Milwaukee Bucks came out and took apart the Charlotte Hornets, 137-96.

With both teams on a back-to-back, this one started out a little rusty. Missed opportunities, some sluggishness, and turnovers defined the opening minutes of the first quarter. However, just as we all thought, Robin Lopez would pace the Bucks in scoring in the opening 12 minutes, tallying eight points — including two threes. After one, Milwaukee would claim a 32-25 lead.

Things would really expand in the second half, as the Bucks realized just how superior they were to the Hornets.