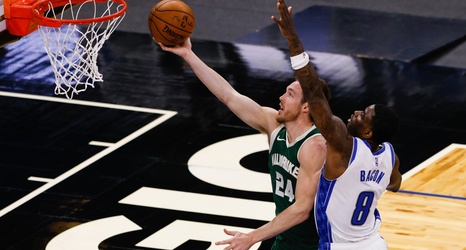 In an epic showdown that can only be described as “attention-repelling,” the Milwaukee Bucks blew out the Orlando Magic, 124-87.

Milwaukee entered this game very much in a state of flux, having gone 3-6 in their last nine games (losing three, then winning three, then losing another three in a row) and with superstar forward Giannis Antetokounmpo missing his fifth straight with his mysterious knee injury. Still, today started with 3.5 games between the Bucks and the top of the conference (a virtual tie between Philadelphia and Brooklyn) and 4.5 games distancing Milwaukee from the East’s 4-seed (currently Charlotte, but occasionally Atlanta or Miami).