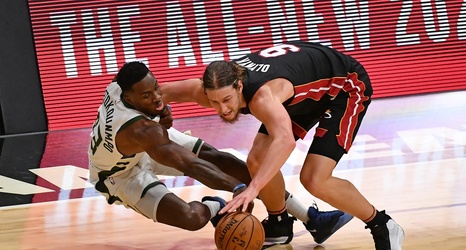 You’ll have to excuse how rushed this whole intro may seem. You see, much like everyone else I’ve had to wait with bated breath until late into Sunday evening to find out who Milwaukee’s first round opponent will be. Well, now we know: We’re going to have to exorcise some demons against the Miami Heat.

Whether this is a nightmare or a dream come true is ultimately to be derived from which side of two logical (in my opinion) camps you end up on. There are those who want the easiest possible path to the Finals and would have chosen to avoid adding another layer of difficulty on to the Brooklyn Nets and Philadelphia 76ers who will probably stand in the way.