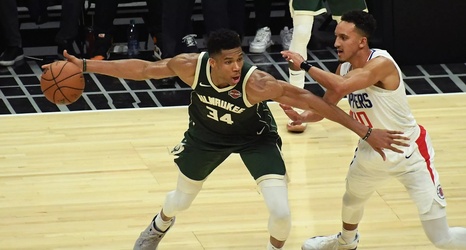 It wasn’t easy, but the Milwaukee Bucks were able to win their fourth-consecutive game with a 129-124 nail-biter over the Los Angeles Clippers. Even though the Clippers were without Paul George and Kawhi Leonard, they still gave the Bucks all they can handle. For those who stayed up late to watch, this game was certainly a treat.

Giannis Antetokounmpo got off to a sluggish start, but put that behind him in the second half and thoroughly dominated the Clippers. He dropped 38 points, 16 rebounds, nine assists, two steals, and blocked two shots in 36 minutes.