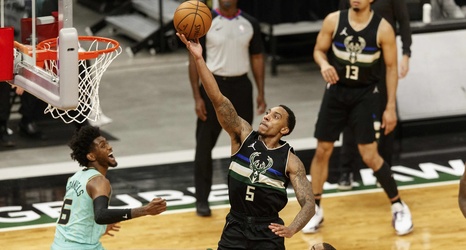 In a game that did not feature the typical Bucks starting five, they’d fall to the Charlotte Hornets, 127-119.

With all five starters out for the Bucks, it was another game with a unique lineup. The opening starting five would be Jeff Teague, Bryn Forbes, Thanasis Antetokounmpo, Jordan Nwora, and Portis. A 9-0 run by Charlotte would give them a lead that they’d keep throughout the quarter. Moving into the second, they’d hold a 32-27 advantage.

Charlotte would embark on another run to start the second, this time rattling off an 8-0 stampede. That’d be large enough to give them a double-digit advantage.