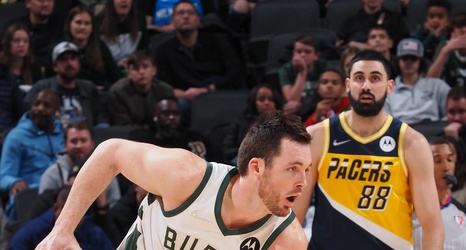 For now, the Milwaukee Bucks and Indiana Pacers will play a game of basketball at Fiserv Forum. For now, the players will take the court, run up and down and all around, breathe all over one another, and compete for which side can rack up the most points by the end of regulation. For now, that’s the plan.

Let’s see if it holds up.

The Bucks will be missing the following players tonight, due to the league’s health and safety protocols: Wesley Matthews, Giannis Antetokounmpo, and Donte DiVincenzo, who was just about to make his season debut after a lengthy rehab.