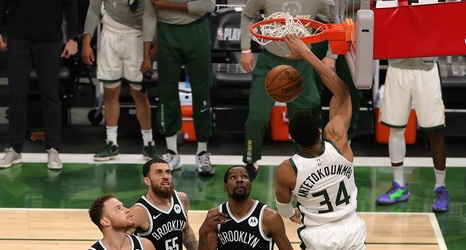 One week ago, the Milwaukee Bucks faced a 0-2 as they left The Big Apple, appearing to have zero answers for the James Harden-less Brooklyn Nets. Today, they’ve made up that ground and return to New York with the chance to steal one on the road and seize control of the series. Did anyone see this coming? Of particular note: in series tied at 2 games apiece, the winner of Game 5 goes on to win the series 82.4% of the time.

While they’re still far from resembling their regular season success, the Bucks’ offense was efficient enough to tie the series on Sunday.