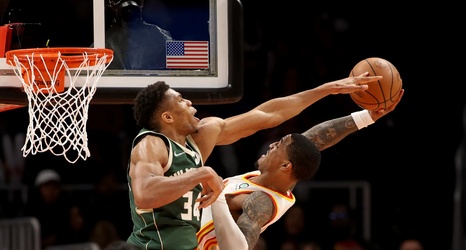 Happy Monday, everybody, and happy Martin Luther King Jr. Day to everybody in the United States. The holiday has long been one of the biggest days on the NBA calendar, and the Milwaukee Bucks will play their part by playing the Atlanta Hawks down in Georgia. You may remember the Hawks from last year’s Eastern Conference Finals, Milwaukee’s last opponent before reaching the NBA Finals. Which they won. Which was awesome.

If the Milwaukee Bucks play a basketball game, but it’s not broadcast on national television, did it really happen?