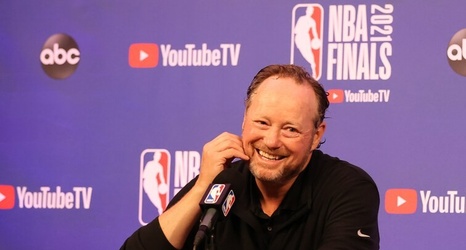 In three seasons under his leadership, Budenholzer has guided the Bucks to the 2021 NBA Championship, the NBA’s best regular season record (162-65, .714) and the most playoff wins in the league (31). In his first two postseason trips with the Bucks, Budenholzer led the team to back-to-back appearances in the Eastern Conference Semifinals for the first time in more than 30 seasons, which included Milwaukee’s first trip to the Eastern Conference Finals since 2001 in his first season with the team.

“What an incredible journey we’ve been on and winning the NBA Championship this season makes us appreciate how difficult it is to win and how grateful we are to have the best players and coaches in place to get the job done,” said Bucks owners Marc Lasry, Wes Edens and Jamie Dinan.