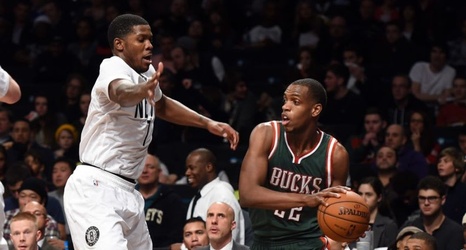 The Milwaukee Bucks have a vacant roster spot remaining, though it remains to be seen when they fill it out their 15-man roster.

That hasn’t stopped speculation since making their acquisition of P.J. Tucker before last month’s trade deadline as well as picking up veteran point guard Jeff Teague. While the bulk of that attention has revolved around Austin Rivers, who still remains a free agent as of this writing, another name has entered the mix.

According to a recent report from HoopsHype’s Michael Scotto, the Bucks have scheduled a workout with veteran forward Joe Johnson this week.