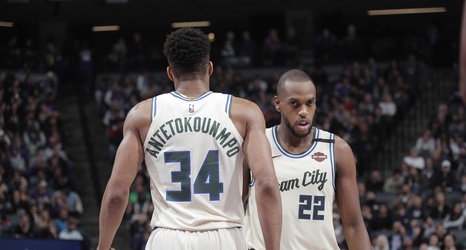 For the second consecutive season, the Milwaukee Bucks will have two star players representing the franchise in the All-Star Game.

With Giannis Antetokounmpo as captain and Khris Middleton joining him during a particularly strong run of form, the Bucks can proudly claim to have one of the most formidable pairings of any team at the event.

Wider discussions about the NBA’s duos will almost certainly crop up amongst fans and in the media in the run-up to the big game this week, as many of those pairings are set to take part.

Many teams across the NBA have been able to bring in talent, or more importantly develop two players that can play next to each other and dominate opposing line ups.