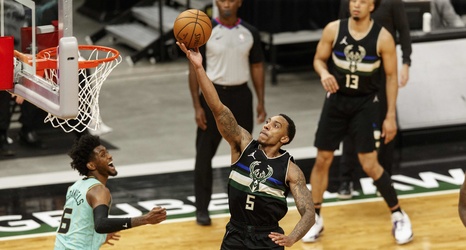 The Austin rivers mystery surrounding to the Milwaukee Bucks reportedly has an answer.

As first reported by The Athletic’s Shams Charania Wednesday night, the journeyman guard is nearing on a deal to sign with the Denver Nuggets in light of them losing Jamal Murray to a torn ACL earlier this week.

Of course, the Bucks had been considered frontrunners for Rivers’ services after he was bought out by the Oklahoma City Thunder after getting dealt there on the day of last month’s trade deadline.