Milwaukee Bucks owning the paint on the defensive end 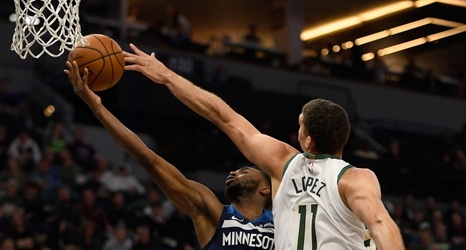 After a sluggish start on the defensive end, the Milwaukee Bucks have clawed their way back to a level on that side of the ball that’s much closer to the output of their league-best defense last year.

The Bucks are now up to ninth in the league in defensive rating, allowing 102.9 points per 100 possessions, and there’s little reason to believe they won’t continue to improve in that department over the remainder of the season.

There is one area where the Bucks are already matching up to the sky-high defensive standards they set last season, though, and that’s with their early season paint defense.