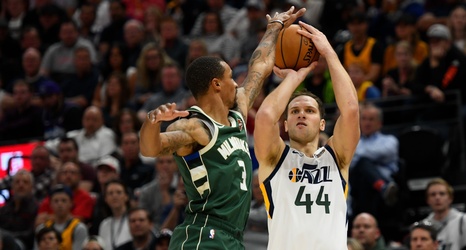 Through their first 20 games this 2019-20 season, the Milwaukee Bucks are clearly showing they haven’t lost much of a step after such a magical run last year.

Following their 41-point rout over the Charlotte Hornets Saturday night, the Bucks hold the longest winning streak standing in the NBA at 11 games, all of which has helped them to hold co-ownership of the best record in the league at 17-3, along with the Los Angeles Lakers.

Led by their ever-improving superstar and reigning MVP, Giannis Antetokounmpo, the Bucks have only reinforced the overall identity that head coach Mike Budenholzer instituted when he and his coaching staff arrived from Atlanta more than 18 months ago on both sides of the ball.