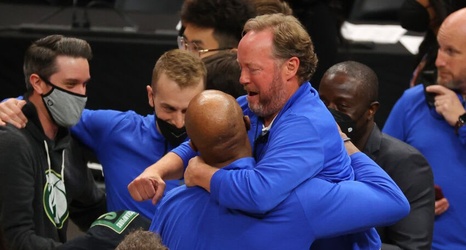 One of two head coaches in Milwaukee Bucks history has now led the team to the NBA Finals.

On the eve of the Bucks playing in their first NBA Finals in 47 years, Mike Budenholzer has been the figurehead for Milwaukee’s struggles to translate their regular season success into the postseason in the previous two seasons.

The resounding disappointment of those playoff runs set the wheels in motion for the ongoing adaptability and the increased flexibility we’ve come to see today as the Bucks have fought through plenty of adversity in reaching the biggest stage the NBA can offer.