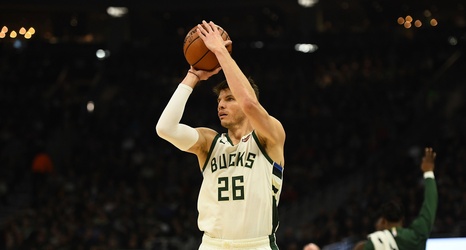 There was much jubilation last July when the Bucks won the mini-Kyle Korver sweepstakes, a move that helped the Bucks continue their summer of veteran-laden additions in free agency.

Bringing on one of the most efficient and prolific 3-point shooters in NBA history to a team that had undergone an overdue 3-point awakening the previous season was a match made in heaven for the two parties.

And having the link of reuniting with head coach Mike Budenholzer, whom Korver played under during their time with the Atlanta Hawks from 2013-2017, made the decision to come to Milwaukee easier, especially as the 38-year-old weighed retirement during the offseason as he explained during Media Day last September:

“I think last year was just a challenging year for me and my family, with where we started out, midseason trade, and I think we were just really tired.