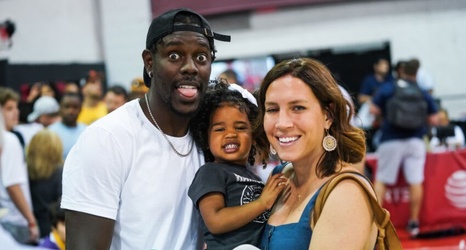 One of the cool things to see since the Milwaukee Bucks won the championship has been the string of podcast appearances that members of the team have been making. Mike Budenholzer was on ESPN’s Zach Lowe’s The Lowe Post, Brook Lopez joined his brother (and former Buck) Robin on J.J. Redick’s The Old Man and the Three, and Jrue Holiday made his second appearance on that same podcast, to name a few.

Holiday made another podcast appearance, but this time was joined by his wife and two-time Olympic gold medalist Lauren on Tea with A & Phee, hosted by WNBA superstars (and gold medalists!