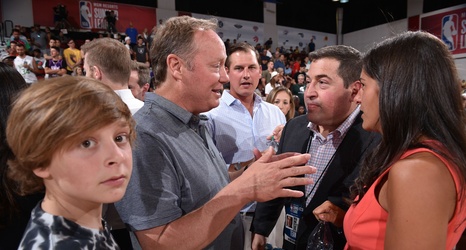 The start of the Milwaukee Bucks’ 2019-20 season is still more than a month and a half away, but the excitement is starting to rise with the changing of the seasons.

That was definitely the case Thursday night where the local home of the Bucks, Fox Sports Wisconsin, hosted a Town Hall Thursday night at the Beer Garden in the Deer District outside Fiserv Forum.

Not only that, but third-year Bucks wing Sterling Brown, as well as Bucks president Peter Feigin, also made appearances for segments throughout the session.