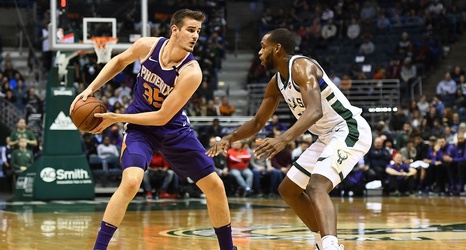 The final piece to the Milwaukee Bucks’ roster going into the 2019-20 NBA season was recently revealed after what was an eventful offseason and free agency period.

On Thursday morning, it was first reported by ESPN’s Adrian Wojnarowski that the Bucks had come to terms on a two-year, partially guaranteed deal with Croatian international, Dragan Bender.

Of course, Bender still stands as something of a project more than three years after going fourth overall in the 2016 NBA Draft.

Throughout his time developing both overseas and in the NBA, Bender has faced immense pressure to meld his promising skill set with the 7’1″ frame and the physical tools he possesses.