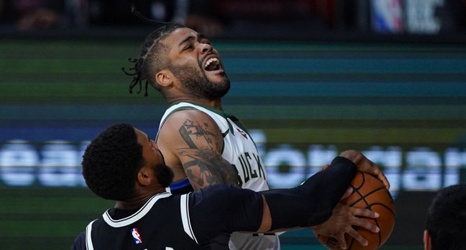 After rejuvenating his career with the Milwaukee Bucks this year, G League MVP Frank Mason III seeks a chance to earn a standard NBA deal this offseason.

Frank Mason III arrived to the Milwaukee Bucks like a man on a mission upon signing his two-way contract with the club last offseason.

It’s safe to say that Mason accomplished said mission after being named this season’s G League Most Valuable Player and averaging 25.3 points per game on .502/.428/.815 splits and 4.8 assists per game while showing off the same high-level scoring ability that made him a star in the college ranks.