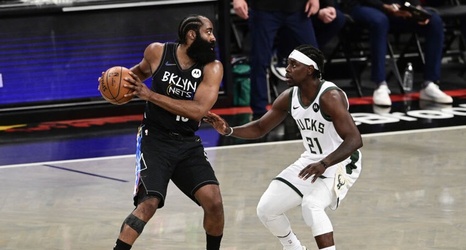 Jrue Holiday made an enormous impact in his first season with the Milwaukee Bucks.

As Milwaukee’s lead facilitator, Holiday provided excellent defense and solid scoring on the offensive end. Holiday has made a name for himself as one of the best two-way guards in the league. Receiving praise from NBA players such as Kyrie Irving and Kevin Durant, it’s no wonder why Holiday has been thrust into the limelight due to his defensive skillset.

Despite being one of the best defensive guards in the league, Holiday has received very little buzz for the prestigious Defensive Player of the Year award in 2021.