Milwaukee Bucks: Can Brook Lopez repeat his shooting success in 2019-20? 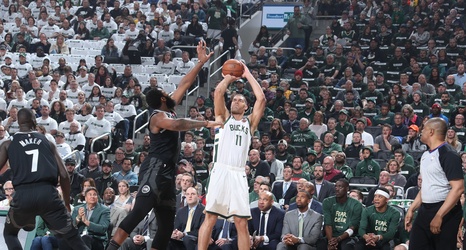 As the Milwaukee Bucks soared to heights the franchise hadn’t reached for over three decades, Brook Lopez was very much at the heart of so much that the team was doing on both ends of the floor last season.

The ability of Giannis Antetokounmpo to make plays as something of a free safety was certainly central to Milwaukee’s No. 1 ranked defense, but that was only made possible by the way Lopez anchored the Bucks’ dropping scheme.

Lopez had long been a strong rim protector, but rarely has he been made such a focus in that regard, as he was as the Bucks attempted to funnel opponents into shots contested by the seven-footer at the rim and in the midrange.