Let Sandro Mamukelashvili Play as Himself in NBA 2K22 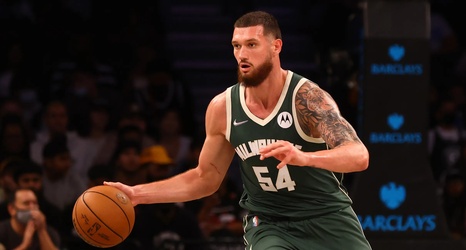 One of the silliest exercises each year is the uproar over NBA 2K player and team ratings, although I have to credit 2K for turning it into such prominent fodder for offseason social media squabbling. There’s nothing quite like quibbling that a Milwaukee Bucks player should be rated incrementally higher in their athleticism. In truth, I haven’t played an NBA video game all that much since NBA Live 2005 (shoutout to the dunk contest feature in that one), but I enjoy seeing the discourse nonetheless, especially when players weigh in themselves. But every year, there’s a much sadder story lurking behind those ratings releases.