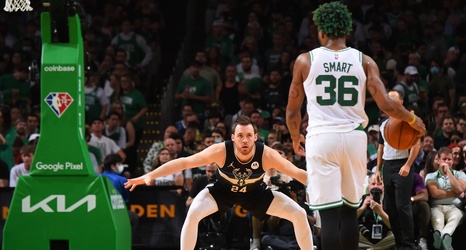 It has been a long time since many of us have really thought about the Milwaukee Bucks. As the NBA playoffs march forward and the two Eastern Conference finalists hurl their bodies into each other, the Bucks were relegated to the sidelines after a painful seven-game series loss to the Boston Celtics. Losing is bad enough. Losing because you were missing one of your best players is worse, and somehow worse than that is raking your team over the coals to figure out the root cause that led to the postseason failure.