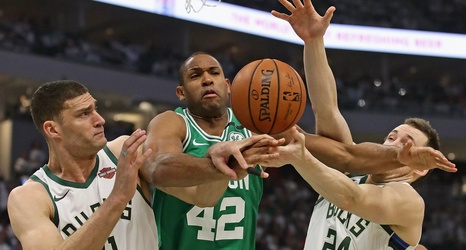 With a 35 point performance on 16-of-16 shooting, Giannis Antetokounmpo has won the NBA All-Star Game MVP. He achieved that stat line in just over 19 minutes played.

Included in that stat line was not one, not two, but three 3-pointers, including a few of which that showed that the bank was late on Sunday in Atlanta:

You knew it was going to be a good night for Giannis when Liam was involved in his warm-up:

This is a fantastic addition to Giannis’ list of accolades. At 26 years old, he has now achieved:

Just a masterful performance all-around on the evening for the Greek Freak.