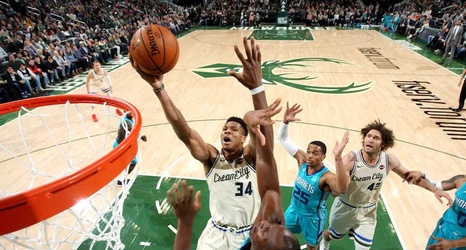 Milwaukee Bucks forward Giannis Antetokounmpo has been named the Eastern Conference Player of the Week for games played from Nov. 25-Dec. 1, the NBA announced today.

The highlight of Antetokounmpo’s week came last Monday against the Jazz when he recorded the second 50-point game of his career by scoring 50 points with 14 rebounds, six assists, two steals and zero turnovers.