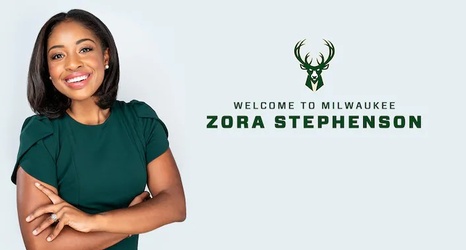 Stephenson comes to Milwaukee from Denver where she was an Emmy Award-winning news reporter and anchor at FOX31 and Colorado’s Own Channel 2. She started her career in 2015 as a reporter with WNCT-TV in Greenville, North Carolina and won the Radio Television Digital News Association of the Carolinas’ Reporter of the Year in 2016.

In addition to her work in television news, Stephenson was a broadcast analyst for the men’s and women’s basketball teams at Metropolitan State University of Denver and did both play-by-play and analyst work for the Rocky Mountain Athletic Conference’s men’s basketball championship.