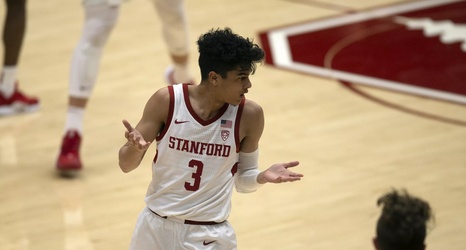 For the 12th spot on our Brew Hoop Community Draft Board, the votes centered on Tyrell Terry, a freshman point guard who shined for Stanford last year. It doesn’t take long to figure out why he went off the board - his shot is swell for such a young player. Sweet shooting has been the case for both our draft board selections thus far, as Aaron Nesmith was also a deadeye from deep.

Terry isn’t quite at the 52% mark from deep like Nesmith, but nailing 40.8% on 4.9 attempts per game is plenty solid.