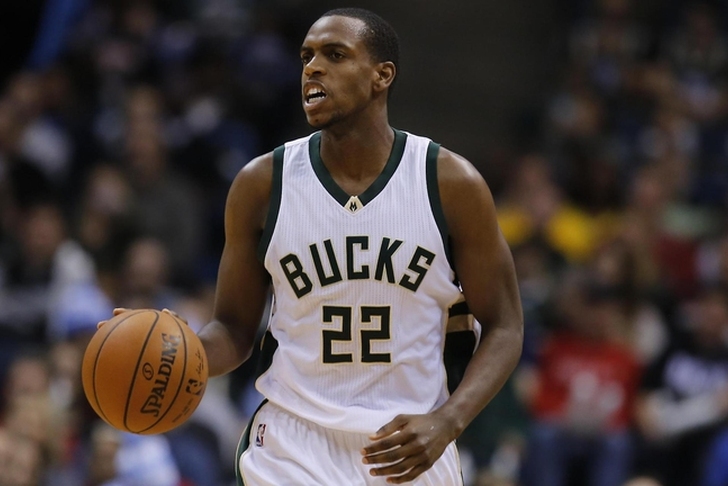 The NBA finals only just ended, but the Milwaukee Bucks have focused on the offseason for some time now. The draft is just two days away and the Bucks are also preparing the start of free agency on July 1. There's plenty of rumblings around the Bucks, as they've been linked to a few trades already. Here are all the latest Bucks rumors and news you need to know.

Bucks Trading Middleton?
The Boston Celtics are exploring all possible trade options with their No. 3 overall pic, and they've had discussions with Milwaukee about acquiring sharpshooter Khris Middleton.

A bit of #NBADraft chatter: Boston has discussed 3 and a contract for Khris Middleton. Danny Ainge wants to add a scorer. #Celtics

The Celtics are looking for shooting specifically, and Middleton would add it, as he's a career 40 percent three-point shooter. He averaged 18.2 points and 4.2 assists per game for the Bucks last season, which means the No. 3 overall pick might not be enough. However, Bucks GM John Hammond didn't exactly deny the rumor when asked.

Hammond: "I won't comment on individual discussions but just say we do have guys that have great value around the league."

Adding someone like Marcus Smart or Avery Bradley could convince the Bucks to pull the trigger.

Milwaukee Trying To Trade Greg Monroe?
The Bucks landed Monroe as a free agent last year, but are already trying to trade him away.

Monroe is just 26 years old and put up 15.3 and 8.8 rebounds. While those numbers were slightly down from his previous few seasons, his offensive game wasn't the issue. He struggled on defense and wasn't the rim protector the Bucks needed next to Jabari Parker. The report from Scotto was confirmed by Gery Woelfel of the Racine Journal Times.

"Multiple league sources said the Bucks are eager to move on from Monroe, so much so that one official emphatically stated, 'They don’t want him,'" Woelfel writes. "And because the league is well aware of the Bucks’ hopes of moving Monroe, that same official said, Monroe doesn’t have 'much trade value.' And that comes at a time when Thursday’s draft is devoid of quality centers.

"'They not going to get a lottery pick for him, not even a late lottery pick,’ a general manager told Woelfel. Added a Western Conference executive: 'I can’t see anyone giving up a lottery pick to get Greg Monroe. Nobody’s going to do that; he’s not a prized possession.’ The best the Bucks could do in terms of a draft pick for Monroe, some NBA officials claim, would be a middle first-round pick, somewhere in the 16-to-22 range."

The question at this point for the Bucks is if that non-lottery pick is enough to move on from Monroe.

Bucks Extend Jason Kidd
As had been rumored for roughly a week, the Bucks have officially extended the contract of head coach Jason Kidd.

"Our goal remains to be a consistent contender for NBA Championships and we believe that Jason Kidd is the right man for the job," Bucks co-owner Wes Edens said. “In terms of preparing, developing and relating to today’s players, we think there is no better fit to lead our young and talented roster. We are excited that Jason will continue to call Milwaukee his home."

The new deal will keep Kidd with the team through the 2019-20 season.

Follow our Milwaukee Bucks team page for all the latest Bucks Rumors, or download the Chat Sports App!