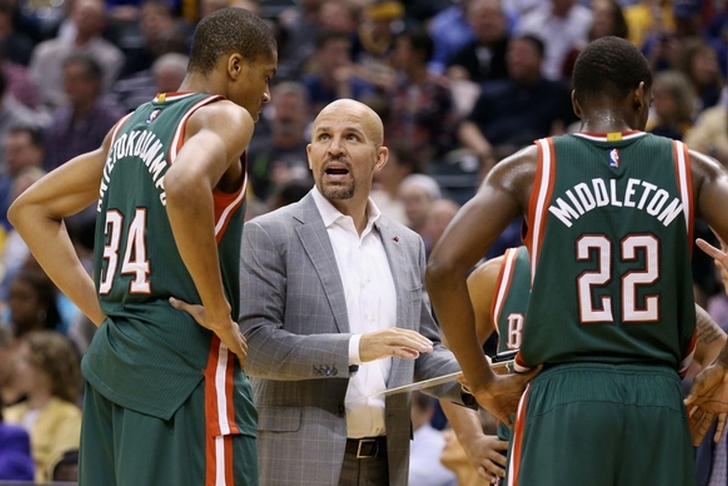 The Milwaukee Bucks will be without head coach Jason Kidd for an extended period of time. Kidd needs hip surgery and will be out indefinitely. He will undergo the surgery Monday.

Kidd told the Milwaukee Journal Sentinel that he's had chronic pain from the injury and can't sleep at night. It's an issue that dates back to his playing days with the Dallas Mavericks.

"The pain has been to the point that I can't function," Kidd said. "I've taken all the medicine I can do ... Some would say it's the 55,000 minutes I tried to play. A lot of wear and tear on my body ... We maintained it (in Dallas) with medicine. I've taken enough of the cortisone shots that they don't work."

Kidd is in his second season as head coach of the Bucks. He went 41-41 last season and the Bucks are 10-18 this year.

The Bucks hope that Kidd will be able to return in February. Four-to-six weeks is the early timetable for Kidd's return.

With Kidd out, assistant coach Joe Prunty will take over. Prunty's been an assistant coach since 2002, when he started with the San Antonio Spurs. He's served under Kidd since Kidd began his coaching career with the Brooklyn Nets in 2013. Prunty is also the head coach of Great Britain's men's national team.