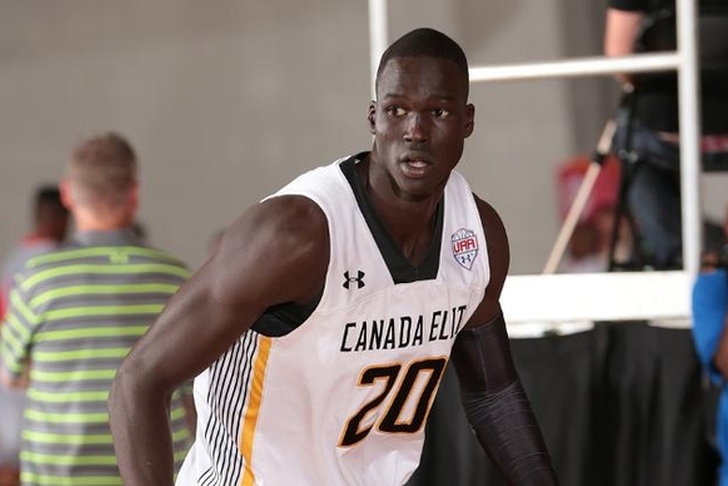 With the 10th pick in the 2016 NBA Draft, the Milwaukee Bucks have selected Thon Maker from Orangeville Prep in Ontario, Canada.

Position: PF/SF
Age: 19
Measurables: 7’1”, 215 lbs.
Analysis:
Maker is the most intriguing prospect in the draft. He was declared eligible for the NBA Draft after spending an extra year at prep school, allowing him to bypass college. Along with his elite size, Maker has guard-like athleticism, ball-handling and shooting skills, but is still extremely raw. There are some questions about how old Maker actually is, but assuming he’s 19, he appears to have unlimited upside.