Your first look at the 2018 Milwaukee Brewers schedule 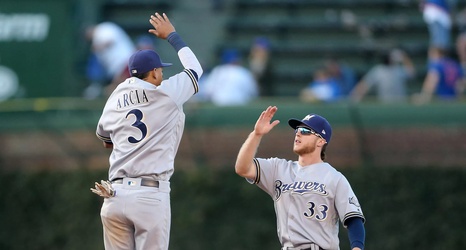 There are still (at least) 18 games left in the 2017 season for the Milwaukee Brewers, but we're already getting a look at what's in store for the 2018 crew.

The league announced its schedule for next season this morning. Here's a look at the slate for the Brewers:

- Similar to this year, the last month of the season is also packed with games against the rivals across the border, with 6 games against the Cubs slated for September 2018- One of the toughest stretches might be the couple of weeks following the All-Star break: 17 consecutive games with no days off, including a homestand against the Los Angeles Dodgers and Washington Nationals, then an 8-game road trip through San Francisco and Los Angeles before coming home for a 3-game series against Colorado.