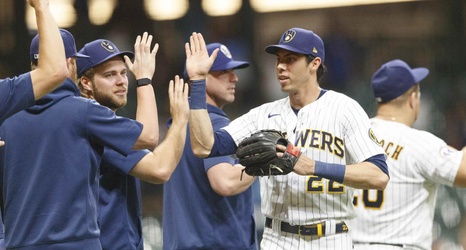 Another day, another stellar start by Brandon Woodruff.

The ace of the Milwaukee Brewers entered Friday night’s start on a streak of 11 straight outings with two earned runs allowed or fewer, and that he extended that string to a dozen by keeping the Pittsburgh Pirates at bay. Woodruff didn’t have the same strikeout stuff as he’s had in previous appearances this season, punching out five batters across seven innings, but he induced 12 ground ball outs as he kept the infield busy behind him. Woody allowed only four hits, with the only damage done against him coming off solo home runs by Ben Gamel in the second inning, and Gregory Polanco in the sixth.