What to expect from Eric Lauer 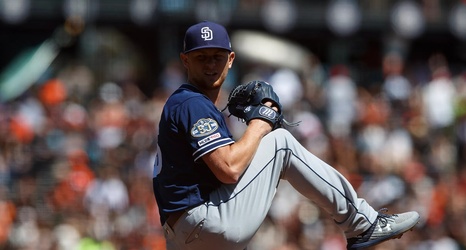 The Milwaukee Brewers made their first significant move of the offseason just before the long holiday weekend, landing infielder Luis Urias and left-handed pitcher Eric Lauer in a swap with the San Diego Padres. Urias was obviously the headliner of the deal and looks like he could be a potential fixture in the infield for the long-term future. But given the current state of the organization’s starting rotation depth, Lauer could play just as prominent a role for the Brew Crew in 2020.

Lauer is a native of Ohio who was selected in the 17th round by the Blue Jays as a prep pitcher in 2013, but he reportedly turned down a bonus offer in excess of $1 mil in order to attend college.