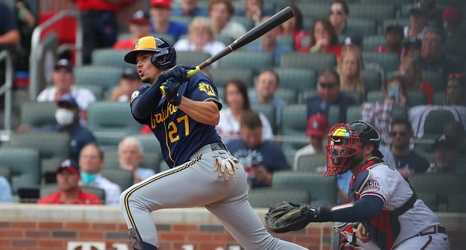 When Willy Adames was dealt to the Milwaukee Brewers in the middle of May, many initially scratched their heads seeing Adames’ .197 average and .625 OPS. When he tore the cover off the ball in his first 10 games with the Brewers (.324/.410/.559/.969), everyone’s eyes opened wide.

Word had circulated quickly that Adames expressed major issues seeing the ball in Tropicana Field where he played his home games with the Tampa Bay Rays. That became the “sexy” theory as to why David Stearns, Milwaukee’s President of Baseball Operations, traded two pitchers for the seemingly struggling shortstop.