Trade Analysis: Instead of declining Chase Anderson’s option, Brewers get something from Toronto 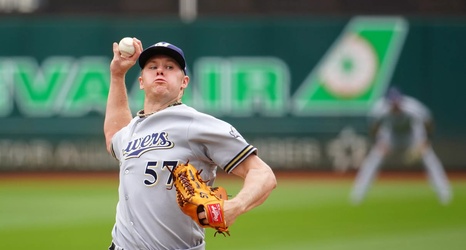 In life, using these adjectives to describe someone’s quality of work might be considered damning them with feint praise. But in the game of baseball, an “average” starting pitcher can still be an integral member of the team. Take soon-to-be 32 year old Chase Anderson, the now former Milwaukee Brewers starter.

In 2019, Anderson was worth 2.2 wins above replacement based on his runs allowed per nine innings (RA9-WAR). When you say “there were 68 starting pitchers who bested that total last season,” it sounds like a lot. But when you think about that in the context of Major League Baseball, that means there is only an average of about two pitchers per team that averaged 2.