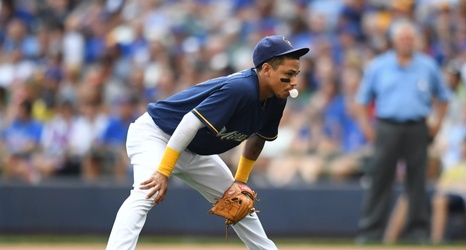 On August 1st, 2016, David Stearns and the Milwaukee Brewers completed multiple significant swaps that many believed would go a long ways towards furthering what — at the time — was believed to be a lengthy, multi-year rebuild process. Will Smith was shipped to San Francisco, and Jonathan Lucroy and Jeremy Jeffress were sent together in a blockbuster trade to Texas. The following day — perhaps wanting to appease a fanbase that had just been forced to say goodbye to a trio of fan favorites — Stearns and company called up the franchise’s most highly-touted position player prospect since the days of Ryan Braun.