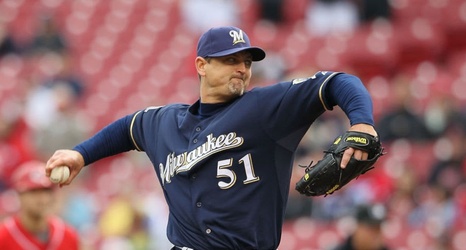 CINCINNATI - MAY 18: Trevor Hoffman #51 of the Milwaukee Brewers throws a pitch in the 9th inning during the game against the Cincinnati Reds at Great American Ball Park on May 18, 2010 in Cincinnati, Ohio. The Reds won 5-4. (Photo by Andy Lyons/Getty Images)

With the renaming of Miller Park officially happening at year’s end, here at Reviewing the Brew, we’re going to remember the top Brewers moments in Miller Park’s history.

Starting on January 1st, the Brewers home stadium will no longer be called Miller Park, but instead will be called American Family Field.