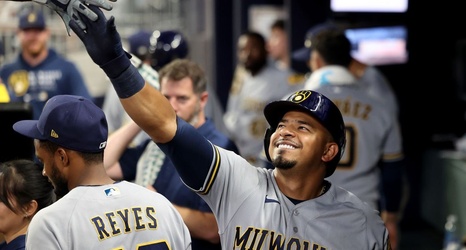 Just hours after the trade deadline, the Milwaukee Brewers took on the Atlanta Braves this evening in Atlanta. Both teams made improvements to their teams with key additions, and tonights action would be the first action for newly acquired Eduardo Escobar. In fact, Escobar would make his mark in tonight’s 9-5 Brewers victory.

Things did not look good however. Atlanta came out firing on all cylinders against Brewers’ starter, Corbin Burnes, who seemed to be struggling with his stuff early. Joc Pederson opened the bottom of the first with a single to left and advanced to second on a ground ball to Burnes.