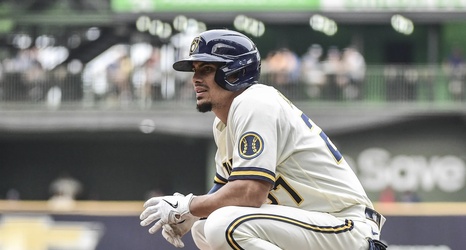 Kansas City got it going right off the bat. Whit Merrifield led the game off with a single, and then he was awarded second base when Brewers’ starter, Brett Anderson, balked. He went to third on a single by Carlos Santana and scored on a sacrifice fly by Andrew Benintendi to make it 1-0.