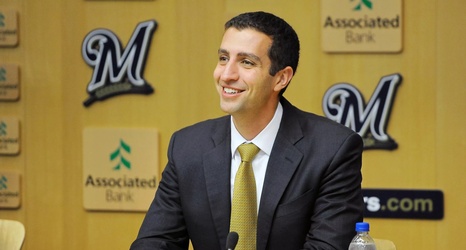 The Milwaukee Brewers have reportedly set out to cut payroll in 2020, according to Bob Nightengale of USA Today.

Nightengale followed up his tweet by writing shortly after that that rival executives indicated the Milwaukee Brewers would be operating at a reduced payroll in 2020.

With so much turnover occurring and reports like the one above, it would be normal for any Brewers fan to be concerned. While not speaking to the reporting done by Nightengale, David Stearns addressed those concerns to the media.

David Stearns cautions against drawing too-early conclusions about the Brewers' payroll purge in recent weeks: "We certainly intend to be competitive once again next year.